Northern New England weeds could be domesticated and enriched with traits making them suitable for cultivation, like more compact sizes and larger seeds that remain on the plant during maturity, through an accelerated breeding process known as de novo domestication.

Researchers found that three traits (plant height, degree of branching and time of initial flowering) all correlated. For example, early flowering plants tended to be shorter and more compact in stature. Further investigation suggested that a single gene, known as FTL1 (Flowering Locus T-like), was associated with, and predictive of, each of the traits. 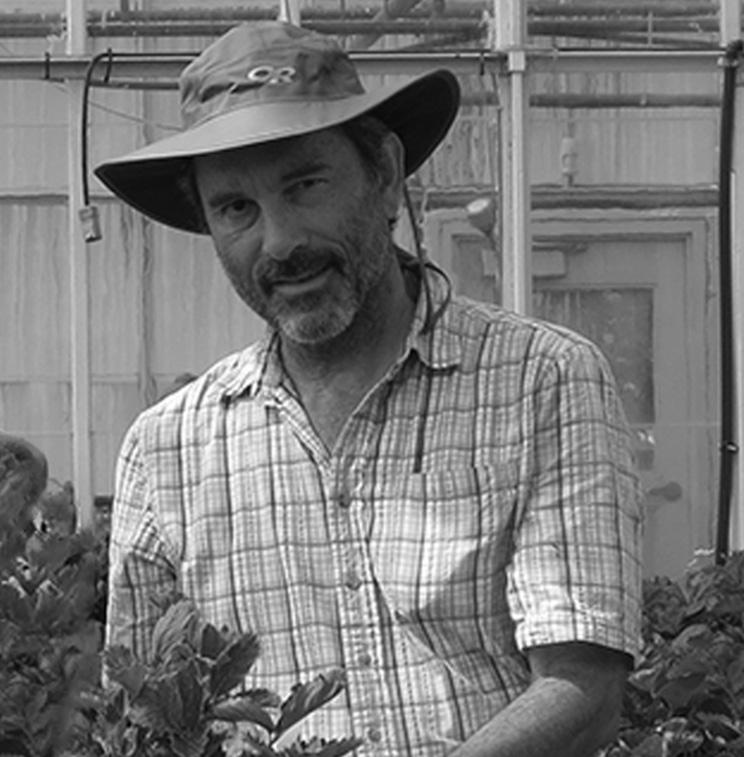 This research was published in the INSPIRED: A Publication of the New Hampshire Agricultural Experiment Station (Summer 2022)

The northern New England region is rich in an untapped natural resource: its wild and weedy plant species. But can locally adapted, endemic species be rapidly domesticated into plants suitable for cultivation (a process known as de novo domestication)? This research is evaluating candidate native weeds and genetically defining traits for effective cultivation.

One example of a New England weed suitable for domestication is Chenopodium berlandieri, a relative of quinoa. Having originated through conventional domestication in the highlands of South America, quinoa is not well-adapted to the hot and humid summers of northern New England. In contrast, its weedy sister species, C. berlandieri, is regionally adapted but lacks the "domestication traits" required of a crop plant. This research utilizes three different, locally adapted members of the genus Chenopodium, collectively known as the goosefoot family. They include Chenopodium berlandieri (pitseed goosefoot), C. ficifolium (figleaf or fig-leaved goosefoot) and C. foggii (Fogg's goosefoot) – all of them ancestrally related to quinoa. These ancestral species offer a genetic model useful for identifying genes that can influence domestication traits.

Through genome-enabled plant breeding, including marker-assisted (DNA-based) selection and genome editing, researchers are working to endow C. berlandieri with necessary domestication traits. A recently published study of C. ficifolium analyzed a Mendelian (F2 generation) progeny population derived by crossing representatives of the species collected from Portsmouth, NH, and Quebec City, Quebec. Just as Gregor Mendel's pea populations exhibited genetic "segregation" with respect to alternate traits – such as tall versus short and white versus purple flowers – the C. ficifolium progeny population segregated with respect to six easily defined traits, three of which were of particular relevance. These relevant traits were: plant height, degree of branching and time of initial flowering.

Early results indicate that the three traits could be predicted by a single gene, known as the FTL1 (Flowering Locus T-like). Next, the goal is to test whether assembling the complete genomic sequence and performing sequence-guided gene editing on C. ficifolium could determine the effects of specified gene variants on the traits in question.

Key aspects of this project are being pursued in collaboration with scientists at the Orphaned Crops Lab at Brigham Young University in Provo, Utah, and in cooperation with Dr. Kevin Murphy, quinoa breeder and Director of the Sustainable Seed Systems Lab at Washington State University. The authors thank fellow station scientist and UNH Natural Resources and the Environment Professor Rich Smith for spotting the Portsmouth, NH-based population of C. ficifolium.