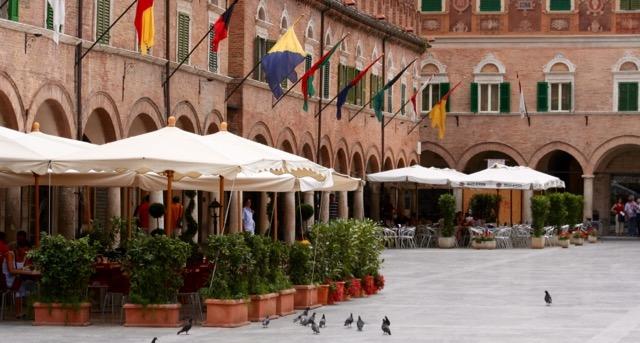 The following regulations are excerpted and adapted from the University of New Hampshire's Student Rights, Rules, and Responsibilities for use in UNH-in-Italy.

The University has the right to expect that students, as members of the academic community, will conduct themselves in ways that are consistent with the educational mission of freedom to learn and that they will respect the rights of their fellow citizens. Any departure from these standards that can be shown to be injurious to UNH-in-Italy's pursuit of its normal activities may be subject to appropriate disciplinary action, which could include dismissal from UNH-in-Italy.

These include but may not be limited to the following:

The On Site Director of UNH-in-Italy shall serve as hearing officer or "judicial body." She or he will take care to observe the right of every student to due process (as defined in the University of New Hampshire's Student Rights, Rules, and Responsibilities). The student may appeal the Director's decision by immediate petition to the Associate Dean of his/her academic college.

Letter Of Censure: This is to be sent to the student and to the dean of students at his or her home institution.

Jeopardy: A student in jeopardy shall be suspended for a specified period of time and have that suspension stayed with the understanding that further violations may mean the immediate activation of the suspension.

Suspension And Dismissal: As indicated in UNH-in-Itay's Agreement Release, UNH has the right to terminate with no refund of fees a student's participation in the program for failure to maintain appropriate standards of conduct or for any action which UNH considers to be detrimental to or incompatible with the interest, harmony, and welfare of other students.

Students are separately accountable both to civil law and to standards of conduct maintained by UNH. When these areas of jurisdiction overlap, it is appropriate for the institution to take steps in protecting its own interests. Therefore, UNH-in-Italy reserves the right to follow its normal adjudicatory process whenever a student is accused of a criminal act that also violates UNH-in-Italy policy.